Cabaret has officially opened at Circle Theatre and we have had so much fun bringing this musical masterpiece to life in West Michigan. On stage until July 31, we are introducing you to our Cabaret Master of Ceremonies and Emcee, Brooke Bruce! 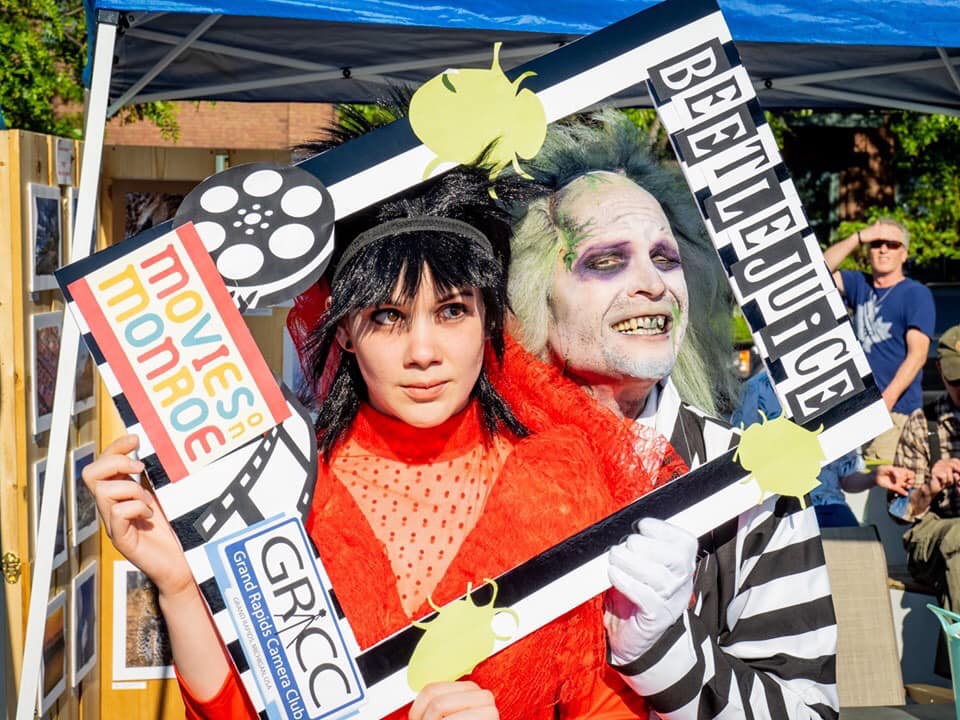 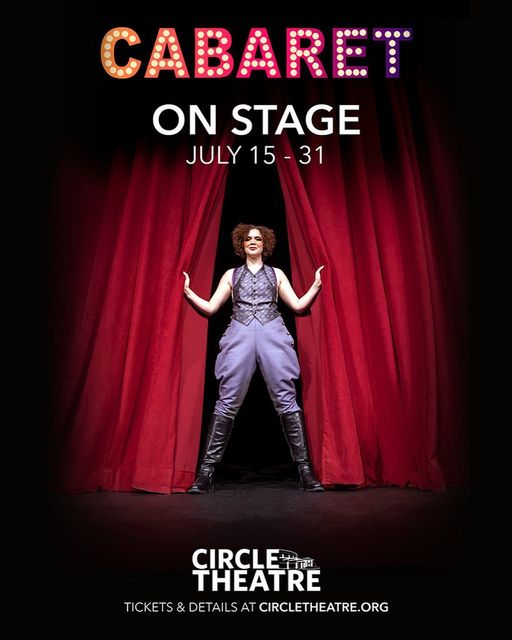 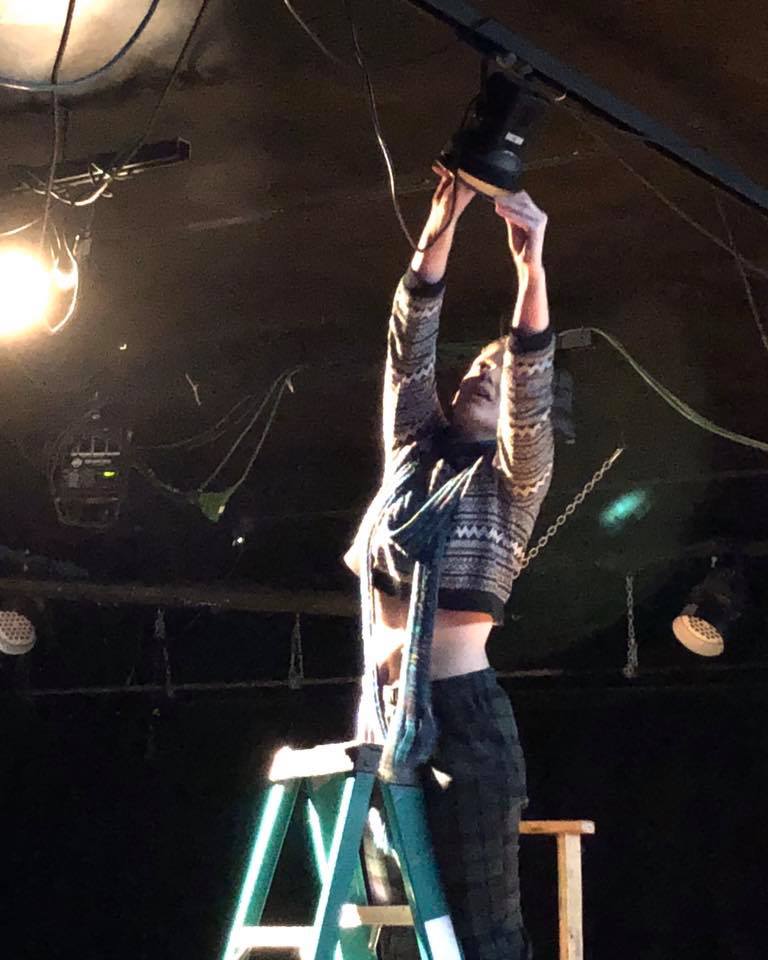 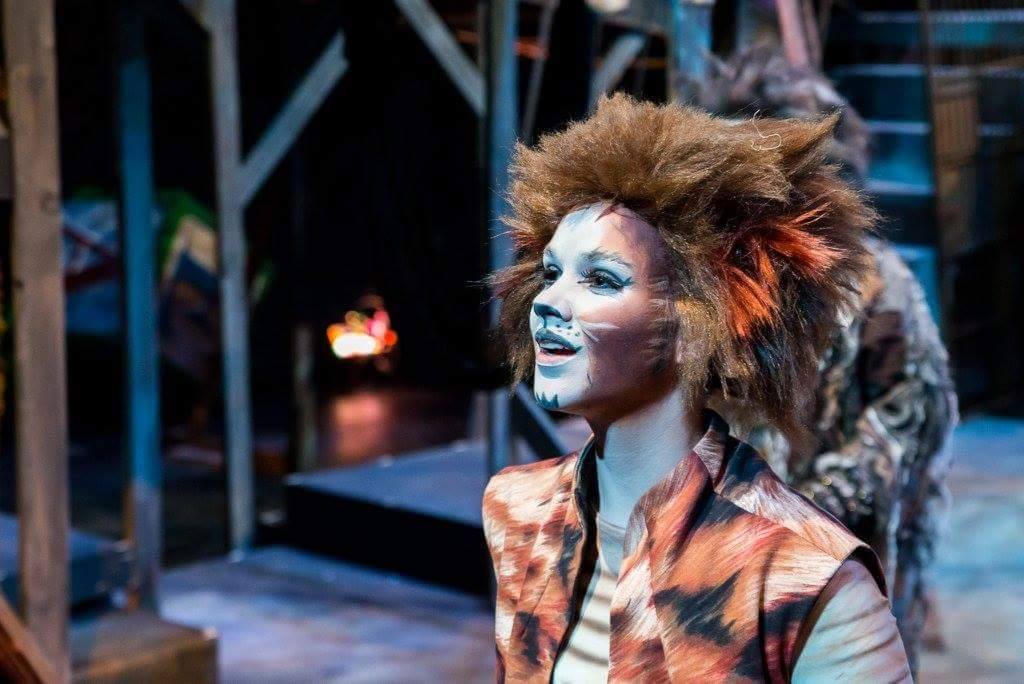 Brooke Bruce (she/her) is this week’s Circle Spotlight. A lot of you may know her simply by Bruce. She grew up watching Andrew Lloyd shows and classic musicals with her family and has been into theatre since 2011. It wasn’t until college that she got fully involved. Her time is spent modeling, cosplaying, performing, working on stage crews, designing, directing, and stage managing around town depending on her availability! While Bruce does odd jobs to pay the bills, her life truly revolves around entertainment.

Bruce was first introduced to Circle Theatre when looking for a voice teacher on Google. There she found Kathy Gibson, who happened to be directing Circle’s production of “How to Succeed in Business…”. This was Bruce’s first look into the audition/callback process and while she mentioned she did horribly and didn’t get the part, it was how she realized that she finally found her niche in this world. Bruce said that before this moment, she had always been someone who would give up as soon as she realized she wasn’t good at something. However, theatre made her realize that she wanted to try again…and she’s “been the GR theatre community’s problem ever since”. Her words, not mine!

Bruce studied at GRCC and Aquinas College. She was the Master Electrician for Circle’s 2014 season, performed as Tantomile in the 2016 production of “Cats”, has performed and teched for almost every theatre company in town – Grand Rapids Civic Theatre, Jewish Theatre Grand Rapids, Actors’ Theatre, Dog Story Theater, the Brutal Sea, Theatre Noir, GEM Theatrocs, Betka-Poke Productions, M.Y. Musical World, and many others, and of course, Circle Theatre!

In order to prepare for her role as the Emcee in “Cabaret”, Bruce gets to the theatre two hours early to stretch, exercise, quiet her inner demons, and shower before everyone else arrives. The next step is makeup, this is more intricate than what Bruce is used to but also credits it as her favorite part, followed by call time, and then physical and vocal warm ups. Putting on the eyelashes is the very last step, and from there Bruce says it’s a marathon to curtain call.

The role of the Emcee is the most physically demanding performance that Bruce has performed to date. While the responsibility of maintaining her body to keep up with the character’s demands is challenging, it is also a very inspiring experience. After the curtain closes, Bruce will immediately get out of makeup, make sure her station is clean, and try not to let people see how tired she is.

The music behind Cabaret is a classic favorite of many theatre fans, so I was curious as to which one was Bruce’s favorite to sing and perform. She chose “I Don’t Care Much”, for the reason that she does in fact care, a lot! Bruce mentioned that it is a cathartic song because as a person, and as a character, she feels the need to put on a mask that says she is fearless; however, she said that she is anything but. Bruce is proud to say that she is becoming a person who doesn’t need to hide behind a mask, but sometimes finds herself still needing to “put on a happy face”. The Emcee’s role is intense as he is so charismatic and full of life, yet as the performance progresses you start to see that there are cracks in his own mask where he feels uncertain and lost.

Growing up as a queer kid and seeing clips of Alan Cumming’s performance as the Emcee has made the character feel so much more relatable to Bruce, and it is an honor for her to perform it. Circle Theatre is absolutely honored to have Bruce, not only as Cabaret’s Emcee, but as a member of our theatre community. Her efforts definitely do not go unnoticed as a performer, stagehand, and overall talented person.

Bruce did want to let everyone know that she is an ordained minister through Universal Life Church and that you can follow her at facebook.com/bruciebro to stay up to date with her achievements. For all your marriage needs, theatre fixes, and more, come see Brooke Bruce live at Circle Theatre’s performance of the musical masterpiece, Cabaret!

Cabaret runs at Circle Theatre until July 31! As the Emcee, and Master of Ceremonies, Bruce ensures that all your troubles will be forgotten once you enter the cabaret. Tickets can be purchased at circletheatre.org, but act quickly as they are going fast.