Cabaret is coming to Circle Theatre, July 15-31! This week, we would like to highlight Erica Soto as our Circle Spotlight. See Erica as Sally Bowles in Cabaret on July 22, 24, and 25! 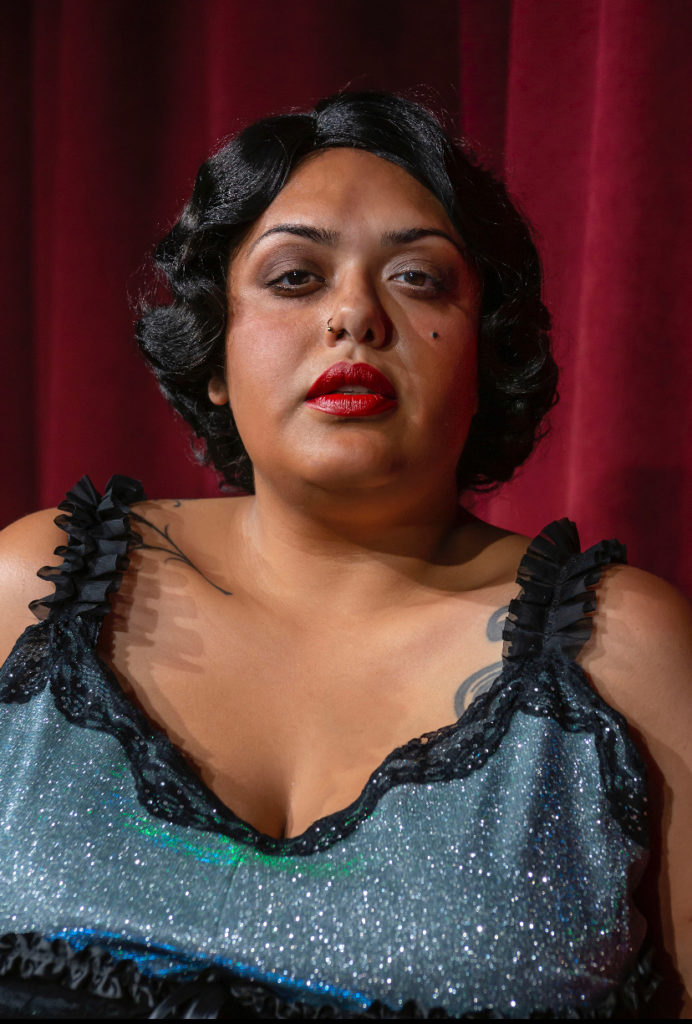 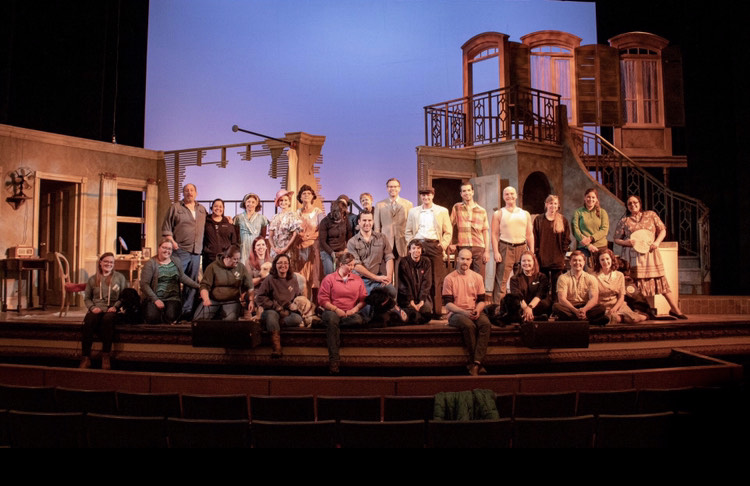 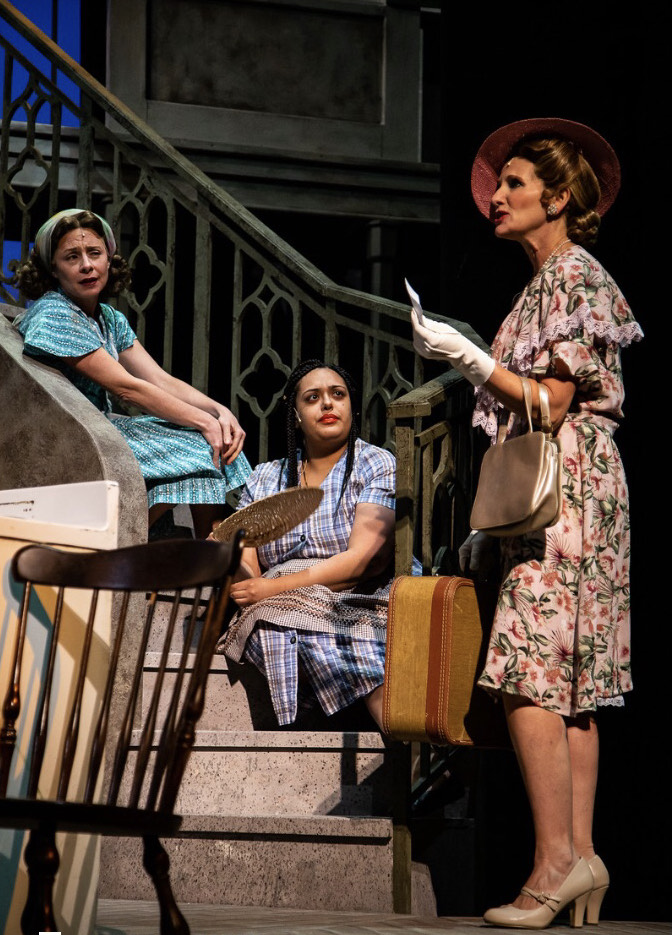 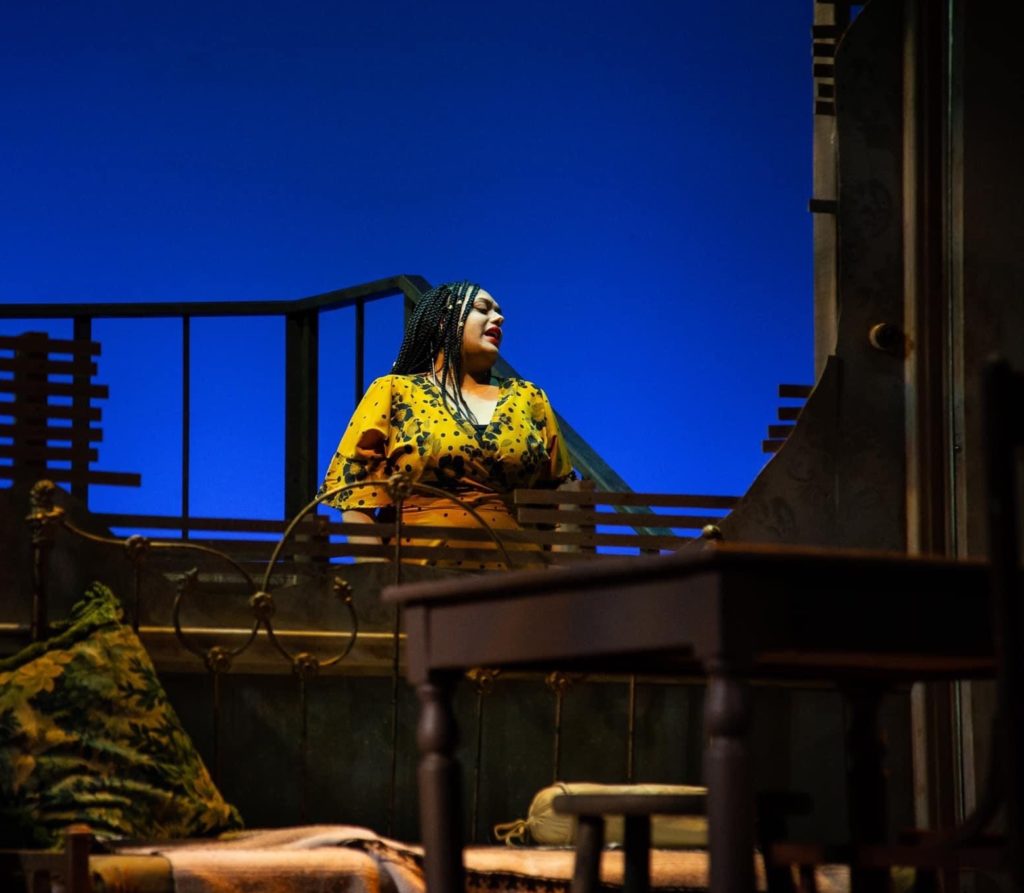 “Husbands, lose your wives, July 15-31! Come to the Cabaret ol’ chums! Bring all your MONEY, MONEY, MONEY! Here, life is beautiful! Expect dynamic performances, amazing singing, sexy Cabaret boys and girls, plus so much more! I will be performing on July 22nd, 24th, and 25th. Be sure to also check out our shows with Sally played by the amazing Jaelyn Raiford!” – Erica Soto (Sally Bowles)

Cabaret is coming to West Michigan starting on July 15 and runs until July 31! We wanted to start off this week by introducing Erica Soto as our Circle Spotlight! Erica (she/they) is one of our Sally Bowles in Circle Theatre’s production of Cabaret.

Erica and their family are from Puerto Rico. They are a mother, bilingual educator, President of a non-profit organization known as BL²END, a community activist and leader in the Grand Rapids community for over fifteen years! Phew! Is there anything they can’t do?

Erica first started working with Circle Theatre beginning with the Spoon River Anthologies, where they played both Margaret Fuller Slack and Elizabeth Childers. They have also had experience at Civic Theatre in their productions of ‘Carmen’ and ‘A Street Car Named Desire’. Even with all of that on their plate, Erica has recently begun acting in commercials and, of course, is currently rehearsing for the role of Sally Bowles!

Watching Erica in rehearsals was a lot of fun, they have a lot of passion and talent for this role and I was curious as to how they got to this point. Erica mentioned that Circle Theatre had initially approached them with the idea of auditioning and since they have always been a fan of Cabaret, they were immediately interested in the role! In their audition, Erica sang Sally’s token song “Maybe This Time”, and they immediately identified with Sally’s character. Erica explained that Sally is so vulnerable and raw while singing and Erica is ready to sing their heart out and show their vulnerability to our audiences!

Sally is someone who is straightforward, and that’s how Erica believes they are the most similar. They are both confident women, with big hearts, who love to perform! Sally also has a fun and sexy side that allows Erica to strut their stuff in a corset, what’s not to love about her!

A fun fact about Erica is that they are a HUGE Hamilton fan and dreams that they will be able to work with Lin-Manuel Miranda one day. Until then, they can’t wait to see everyone in the audience during this and future performances in West Michigan!

You can see Erica Soto as Sally Bowles on July 22, 24, and 25 only at Circle Theatre Grand Rapids. Get your tickets now at circletheatre.org before they are gone!