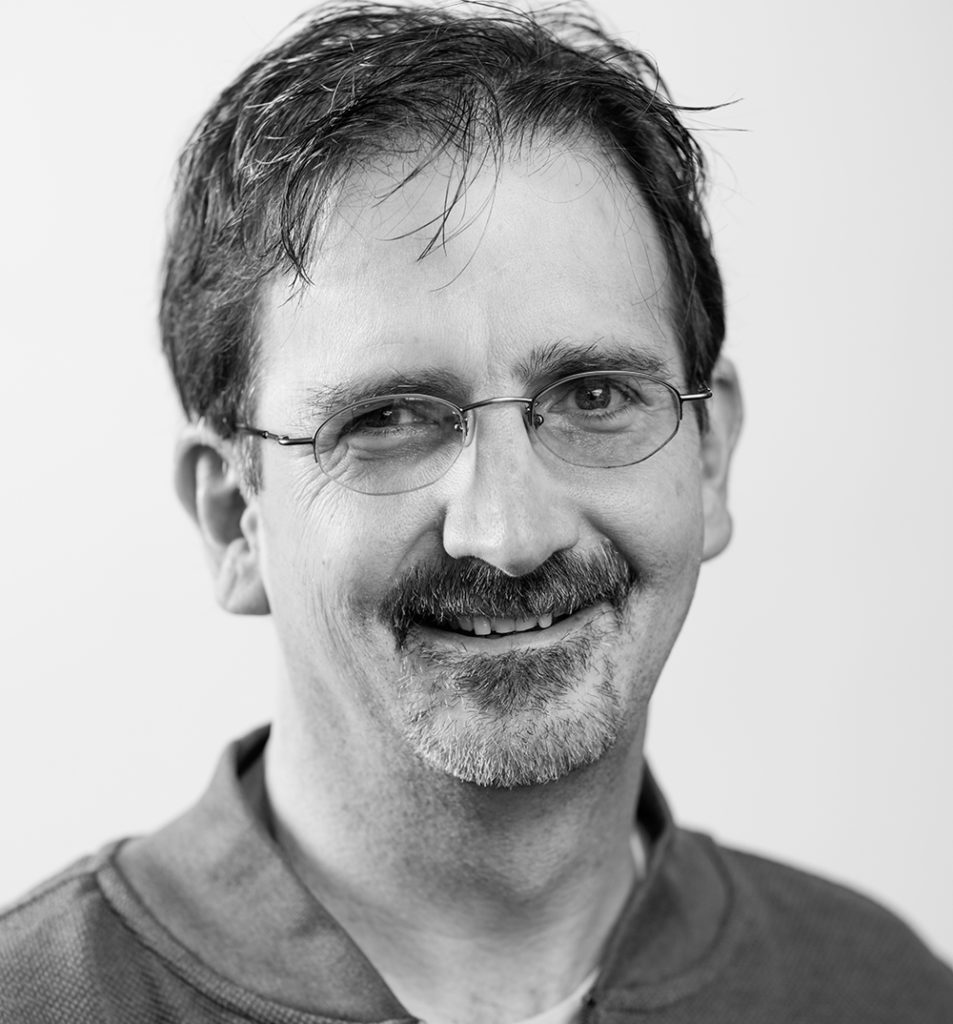 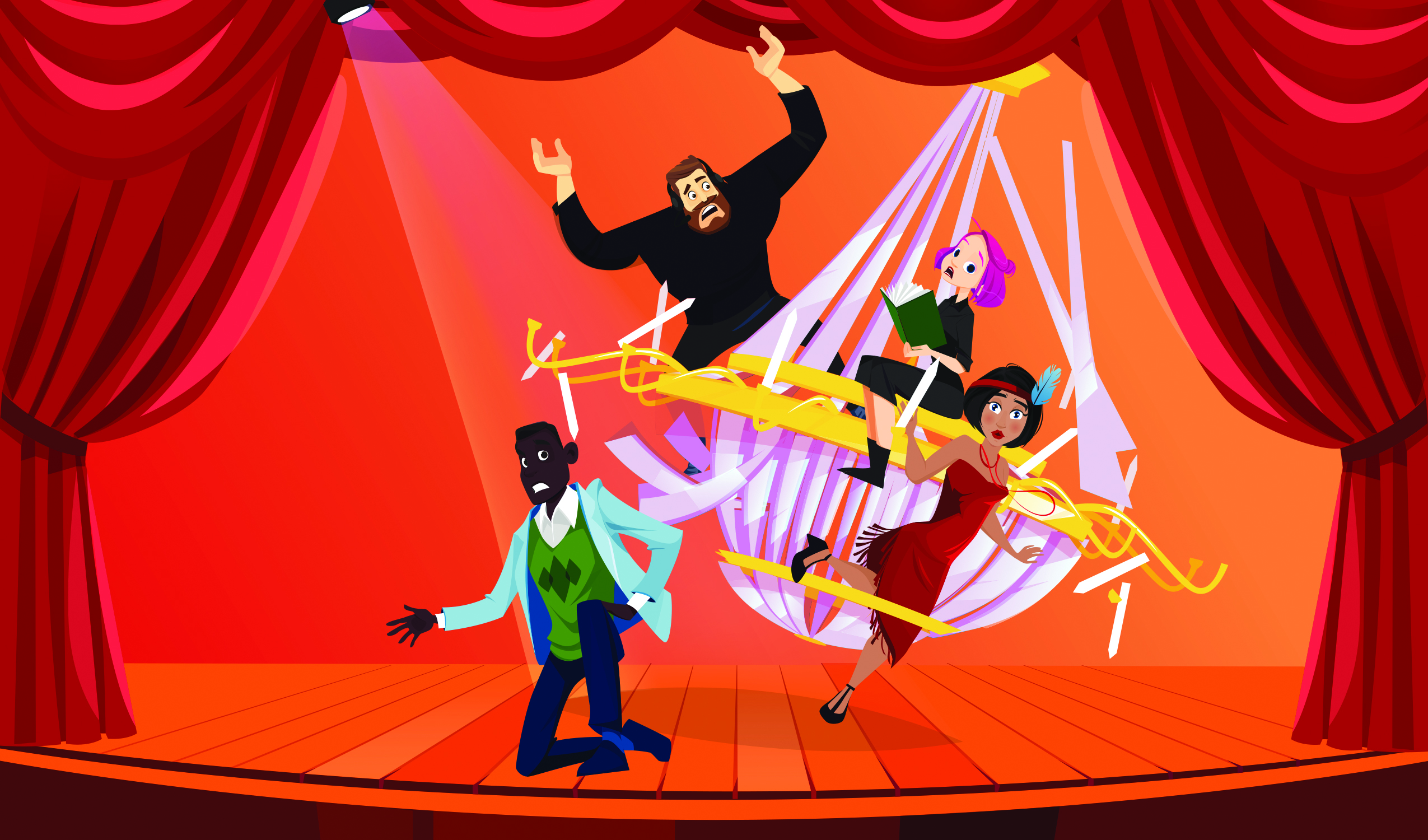 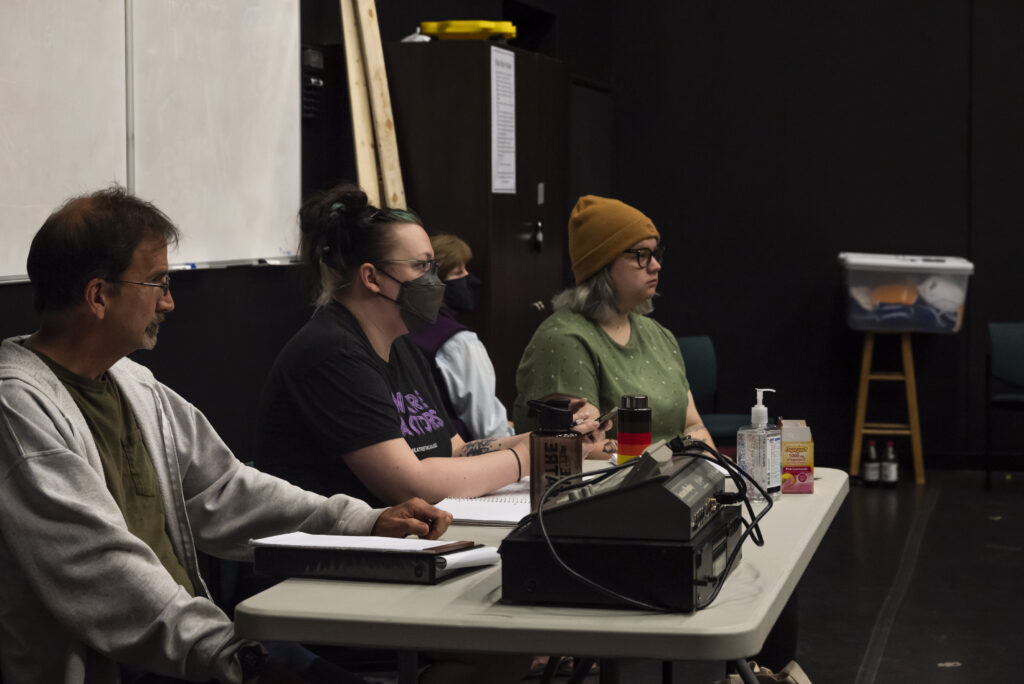 Tom Kaechele is the director of The Play That Goes Wrong, or at least until it goes too wrong and he’s fired – his words! The Play That Goes Wrong is a hilarious, whodunit farce that is sure to have audiences laughing until the final curtain call, featured at Circle Theatre this month! Tom started at Circle Theatre forty years ago as an actor before discovering that wasn’t exactly his greatest talent. In 2002, he switched to directing and has been finding his place as Circle Theatre ever since.

When it came to directing The Play That Goes Wrong, he mentions that “the process for this show has been equal parts fun and terrifying, I guess. As with any show that requires a bit of risk, we occasionally stretch a bit too far, allow time for healing the wounded, and risk again. It’s a lot like riding a rollercoaster without breaks or safety equipment, I imagine”. Luckily, Tom was able to cast a group of actors that were both creative and just crazy enough to want to be a part of a show like this. How has he been getting through this entire process? By just hoping for the best. Being surrounded by a group of designers and crew who are known for testing the limits of theatre has its pros and cons, but overall, we are grateful for each and every one of them!

For a play on this scale of comedy and mischief, I was curious as to how things have been going thus far. Tom explained that it’s been going wrong, which is entirely the point! He even gave a shout out to The Play That Goes Wrong’s Stage Manager, Heather VanderZee, who he thinks will be searching for a vacation in a sensory deprivation spot once this is all over.

With everything The Play That Goes Wrong brings to Circle Theatre, Tom hopes that audiences will find the opportunity for a chuckle or two, and will return for the less combustible parts of Circle’s 2022 season.

The Play That Goes Wrong presents the opening night of The Murder at Haversham Manor. Things get quickly out of hand in this hilarious, whodunit farce. From an unconscious leading lady to a corpse that can’t play dead and actors who trip over everything including their lines – this 2015 Laurence Olivier Award winner for Best New Comedy will have audiences laughing all the way to the final curtain call.

Running from June 2-18, 2022, tickets are available at circletheatre.org.

Meet Tom Kaechele (he/him) – Director for our 2022 Main Stage Production of The Play That Goes Wrong!